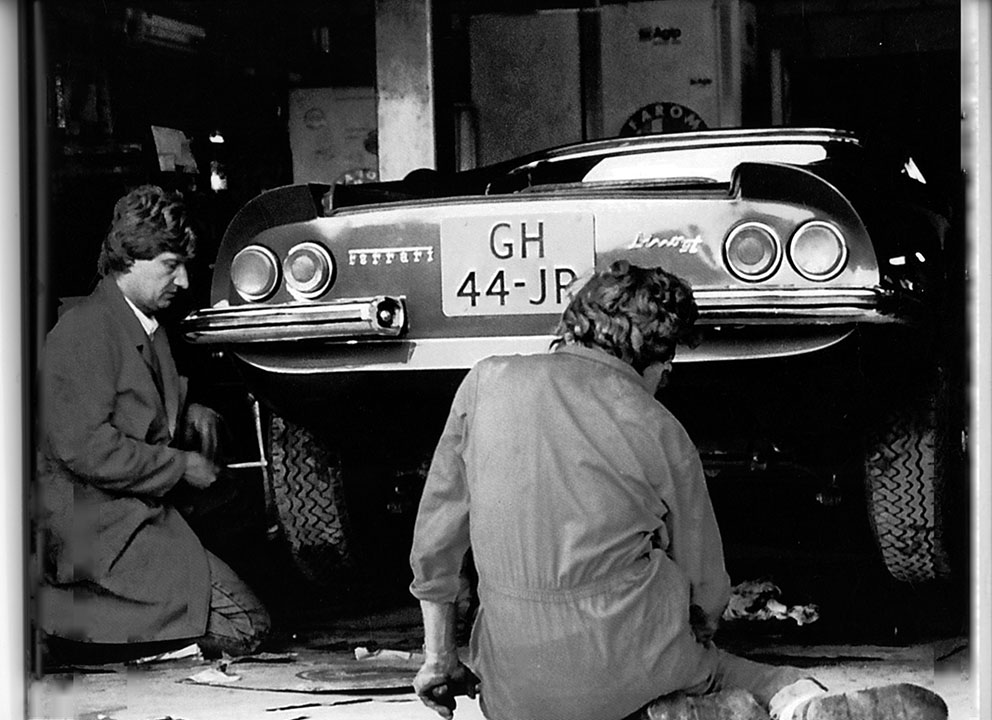 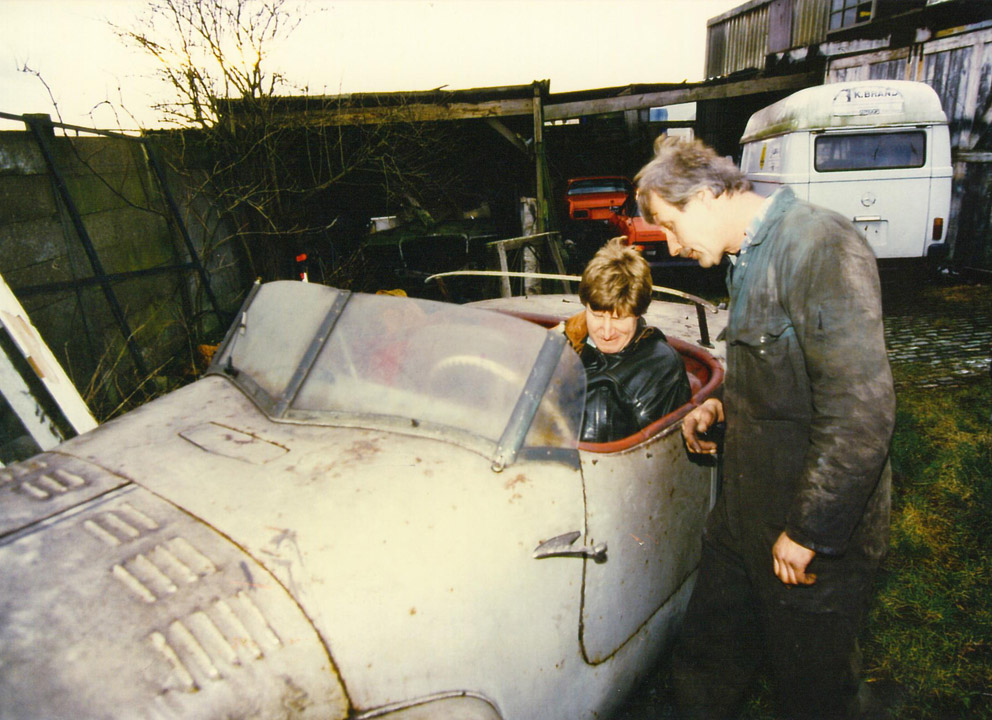 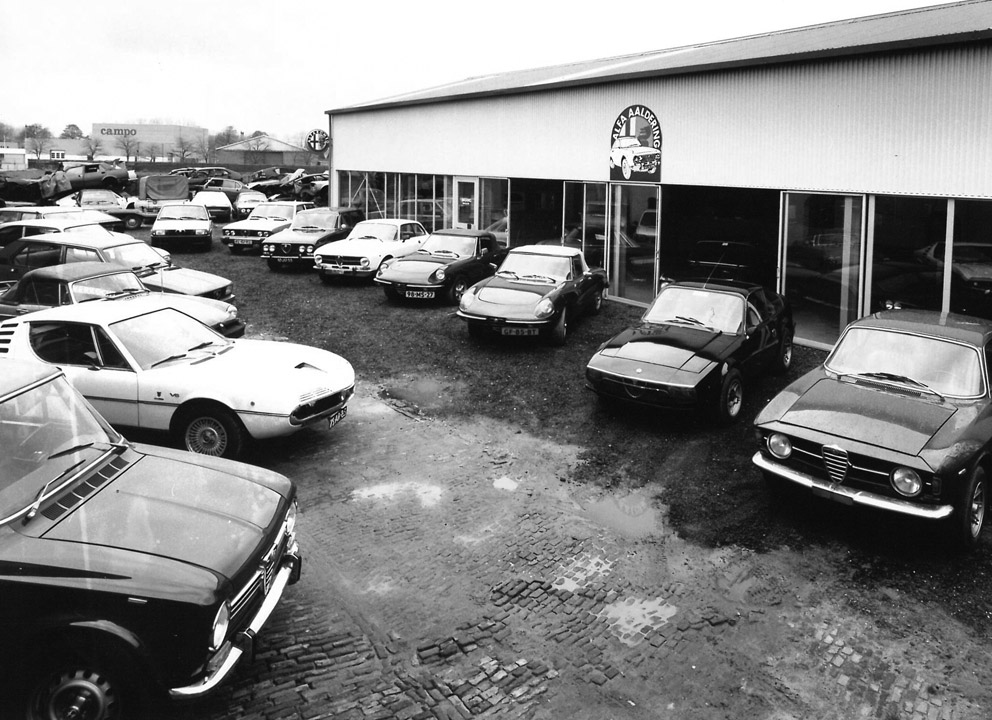 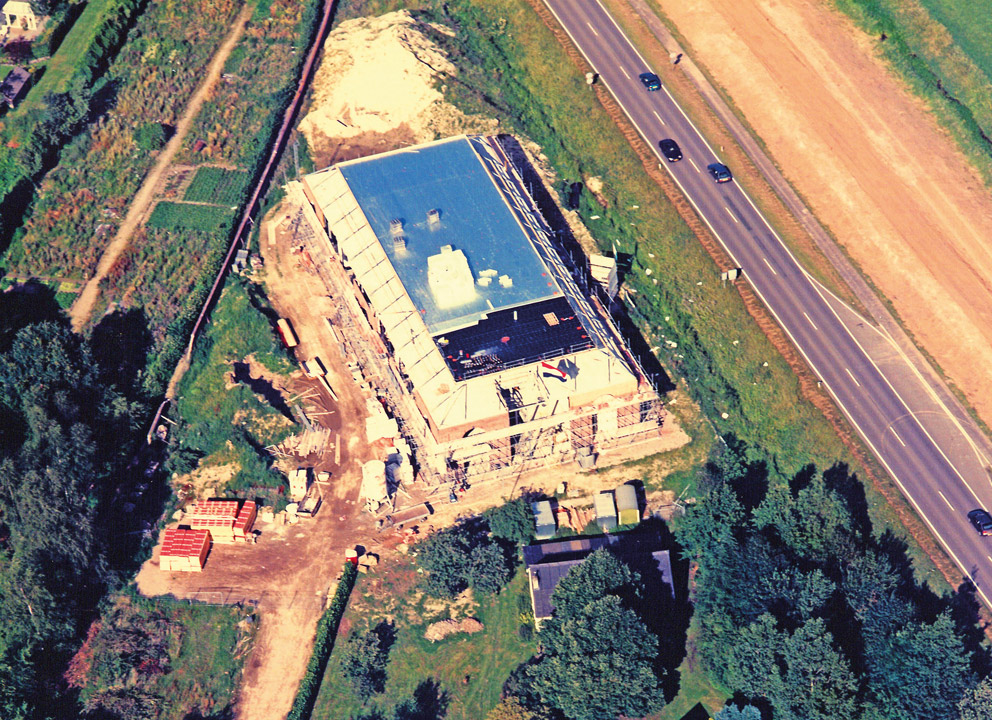 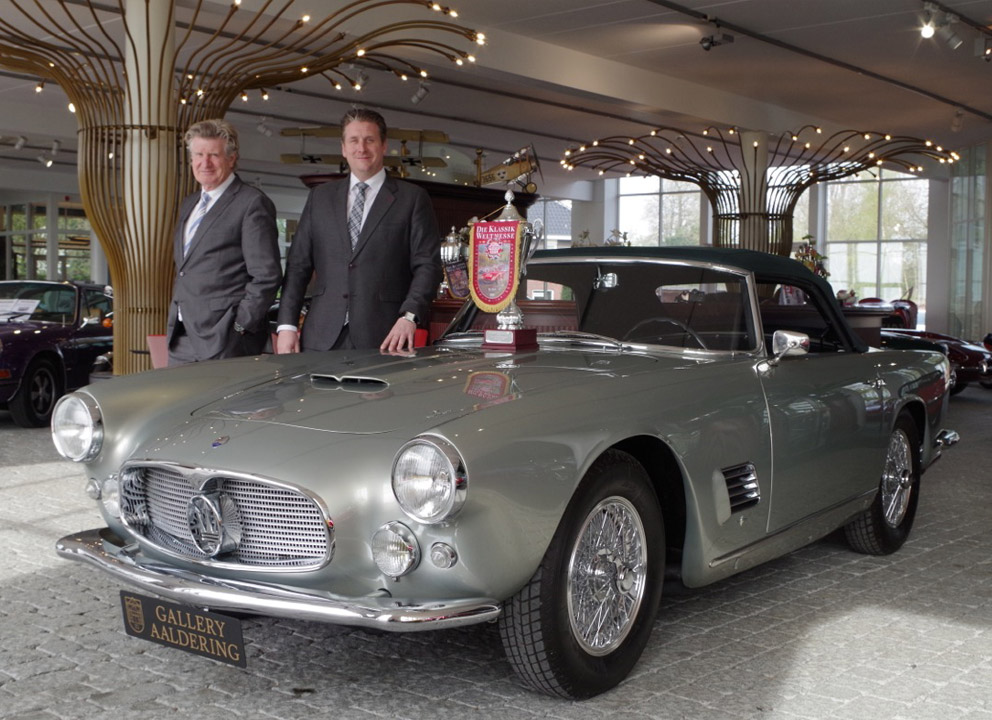 Gallery Aaldering is a family owned business since 1975. Founder Nico Aaldering and his son Nick are responsible for operational and executive management. The company has been in Brummen since 1987 and started on the location where we currently have our second workshop and detailing shop.

Nico started very small, with only three employees. People who still work for the company today. The company grew rapidly and established a name for itself based on quality. In the nineties it was time for expansions after many years of selling Alfa Romeo, then Italian cars later on followed by British cars as well. At the end of 2000 Gallery Aaldering moved to the current premises at the Arnhemsestraat in Brummen. This showroom was build according to Nico’s idea and sketches and has a Neoclassical style to match the classic cars inside.

During this time Nick entered the company after finishing his studies and working for different automotive companies. Gallery Aaldering expanded and gained momentum with the decades of experience offered by Nico and the bright new ideas and progressive vision offered by Nick. The collection became more diverse with an important move upwards to higher segments. Gallery Aaldering has grown to become one of the largest classic car dealers in Europe. There are about 350 classic cars on display on four floors with a Grand Café and special rooms for business meetings.

As a family owned business Gallery Aaldering is proud of its history and traditions, but the future is just as important. At the heart of this all is the passion for classic automobiles. For that reason we participate in the most impressive classic car rally in the world, the Mille Miglia.

A deeply rooted love for cars. You will find this in both our genes and the identity of this family owned business.